No matter how much two persons care and love each other, there will always come a time wherein surviving the relationship becomes a struggle. “Marriage undergoes stress as a couple becomes elderly, partly because “the goals of middle age are gone,” Erlene Rosowsky, Psy.D. Experiencing hardships in a marriage is only normal, especially if the couple has been together for a long time already. This is the primary reason why there are more challenges in senior marriages. Most of the time, problems in the marriage arise when either of the parties is already in his or her senior year. As such, do not be shocked to realize that your parents’ marriage has changed now that they are already seniors.

These are the different challenges that you can notice in senior marriages:

One of the important ingredients in a happy marriage is intimacy, which is why couples need to have sex on a regular basis. Lovemaking is a process that makes two people more connected and closer to one another. An older married couple can encounter problems in this area. Even if they want to satisfy the sexual needs of each other, tons of limitations prevent them from doing it. As a result, in the long run, they lose their intimate relationship. Eventually, they start to fall apart from each other.

Remember that senior years allow the couple to have more time together. According to life coach Laurie Gerber, “Two egos in a marriage can be great if all the important issues are agreed upon up front.” More likely, both of them have already retired because their kids are already successful. This means that they no longer need to work day and night to earn money. Because of this set-up, you can find both of them staying at home most of the time. This is where the problem arises since they may find it hard to communicate, especially if they are used to being too busy before retirement. Lack of effective communication can lead to disagreements and arguments.

Money does not make the world go round, but the lack of it can cause serious problems in the marriage. Seniors usually encounter financial troubles, most importantly if they have no savings at all. Unfortunately, the retirement fee is not enough to pay for all the daily expenses.  This is why some old couples still end up asking for support from their children. At the same time, it also becomes the top reason why the couple could not get along well.

Undeniably, old individuals are more likely to get sick compared to the young ones. The truth is that seniors face several medical conditions or health problems as they age. At this point, you are probably aware that when a person gets an illness, you can expect him to be easily annoyed or irritated. Marital conflicts will arise since either one of the couples will show indifference that the other party could not tolerate it. According to experts, matrimonial issues are considerably high in senior marriages where one or both of them suffer from poor health.

Do not be surprised if your senior parents are difficult to deal with right now. “A big source of conflict is when they have different visions for what they want their life to be,” says Rachel Sussman, a licensed psychotherapist and relationship expert. Be patient in taking good care of them. Help your elderly mother and father to remain together despite the challenges in their marriage. 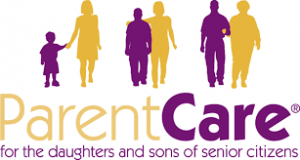